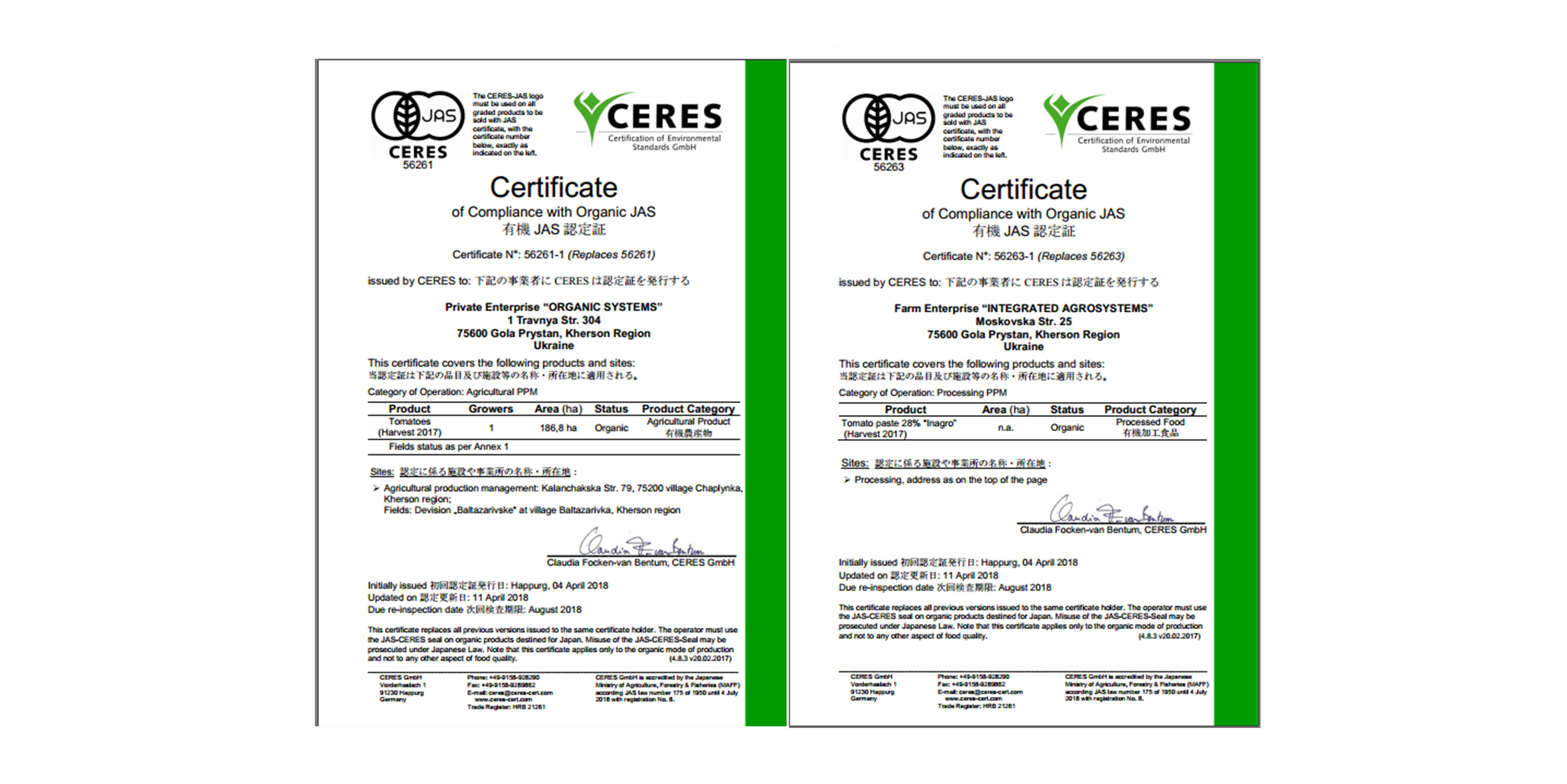 Back in 2016 InagroTM Organic Tomato Paste production cycle and organic tomatoes cultivation process have started certification in accordance with the Standard for Organic Production and Processing, equivalent to the EEC Regulations 834/2007, 889/2008.

Growing demand forced us to speed up the Japanese Organic JAS certification.

Thus, we revised the technology of cultivation, made changes in the established procedures and conducted personnel training in the Agrofusion group of companies. As the result, Germany company CERES held an inspection of our organic activities on January 2018,  which resulted in the certificates of conformity to the Japanese Organic Standard JAS. (see photo)