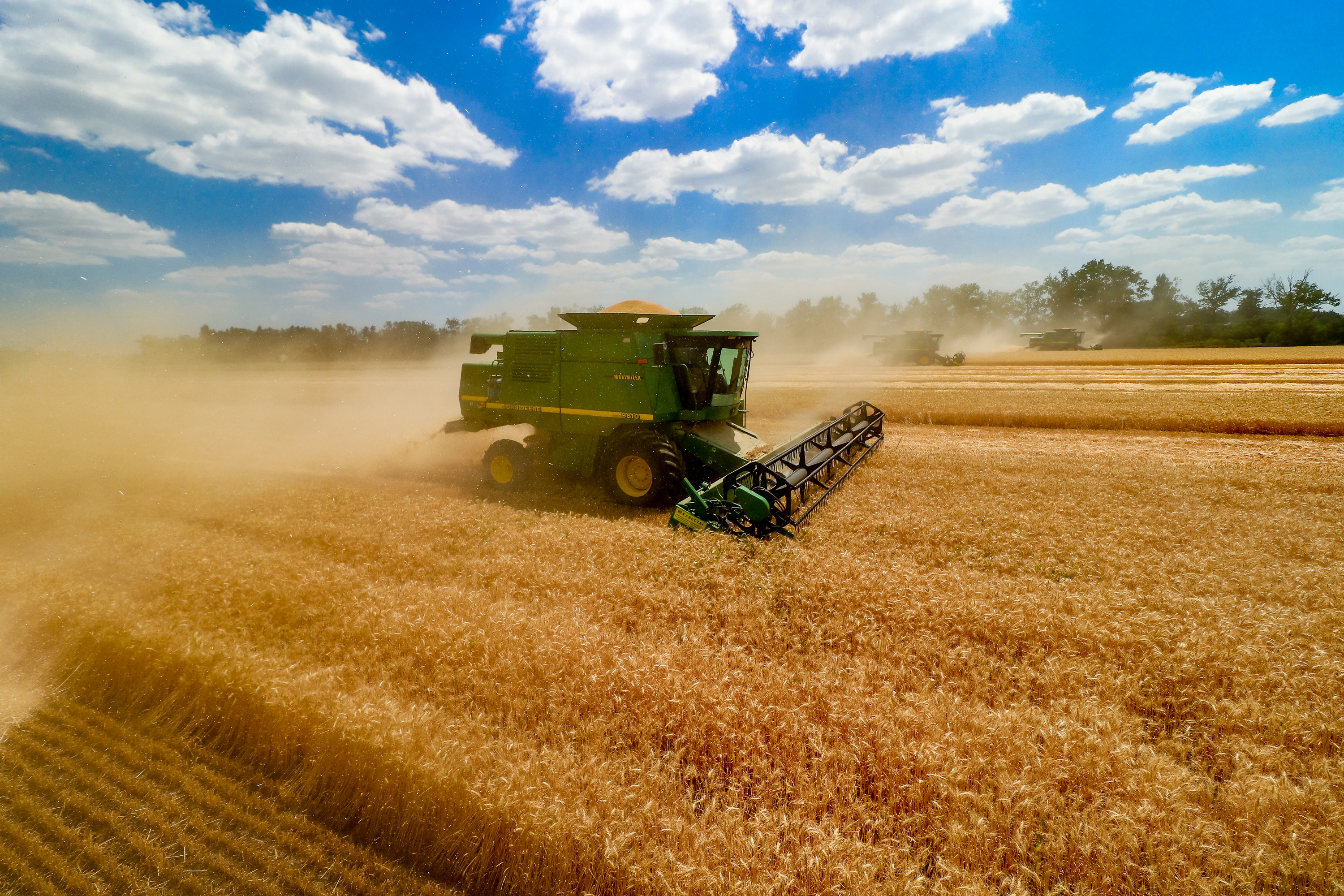 Agrofusion group of companies has finished the harvesting season of winter grain crops. The total acreage planted was 11 800 ha, which is 30% more than 9 000 ha grown a year before.

For the second year in a row, the harsh climate has adjusted the growing and harvesting plans:
– a sharp temperature drop in March interrupted the beginning of vegetation;
– drought in May and early June did not allow grain to gain its’ maximum weight;
– significant precipitations in the back half of June reduced the harvesting pace – the harvest lasted almost 30 days;

However, proper crop rotation, sustainable development and a careful approach to farming gave its results. The average yield in 2018 is 4.6 t/ha. The highest yield achieved is 9 t/ha on irrigated land.

Enthusiasm and commitment of Agrofusion’ team allowed to perform harvest in a due way without grain losses. 35 harvesters, 6 reloaders, 200 trucks were involved in harvesting this year.
Field preparations for future crops have already begun. We plan to grow winter crops on an area of 16 500 ha, including 600 ha of organic rye.